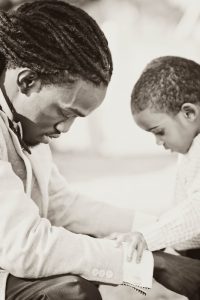 Samuel DeWitt Proctor began to ask, after having assumed the presidency of Virginia Union University, a Historically Black College/University in Richmond, at the tender age of thirty-three, whether or not his faith was sufficient enough to support the demands of his new life’s work. He had been reared in the church, had pastored several churches, and even became a doctor of the church, but personal questions of faith persisted.  Proctor questioned whether his “scaffolding of faith,” developed over the course of his entire lifetime, was strong enough to carry the weighty demands of life that he was currently face. He wondered whether or not his life held “at its center, an integrative, whole-making core of assumptions” to sustain him as a spouse, a parent, a preacher, scholar and now university president.[1] What Proctor discovered in his questioning was that when he developed a regular spiritual discipline about life–a life that constantly sought God, worked to further the establishment of justice, especially for the poor, oppressed and marginalized, and a life that truly loved all of humanity–his core was strengthened.

What is true of us all is the quest for a strengthened core–a deep knowing, a resolute believe that there is a God who cares us for us and wants good for us.  What is also true is that within our life’s journey there arrives a time when the faith and prayers of our mothers and fathers, our grandmothers and grandfathers, alone is not enough to sustain us.  We need a mature faith of our own–a faith that arises from the depths of who we are and who we are becoming.[2] Establishing and securing one’s scaffolding of faith is not necessarily difficult work, but it does require the creation of new patterns of life, patterns that center around prayer, worship, sharing, serving, giving, fasting, silence and solitude, journaling and learning.[3]

The Diaconate and Evangelism Board Meeting is monthly organizational visioning and planning meeting for the spiritual well being of the Christian Fellowship Congregational Church.  The Diaconate consist of men and women called by God, commissioned by Christ, and empowered by the Holy Spirit for service not status. All Members are welcome to attend.